Blessed are the Poor!

Things still are going slow, but I know that with spring coming, my body and mind will shift up a gear again. Speaking of the weather, we had a massive snow dump last night (Tuesday). I don't have any exact figures, but I'm guessing about 2 inches of snow in 2 hours. The sky was just filled with all those huge wet white snowflakes, and I have to admit that it looked pretty beautiful for a moment.

As you can see in the last post, I just couldn't live with a fuzzy Madam Whitesnake. Somehow I needed to sharpen up that movie. Well, I found a process to do so, but--here comes my standard refrain these days--it's taking longer than I had figured. So, hang in there; she'll be back, and you'll be able to see her without thinking you need to wipe your glasses.

In the meantime, just for fun I made a video of "Just a Closer Walk with Thee." If there's anything special about it, it's that I'm using my synthesized music as background.-- In case you like good live music, your bloggist has signed up for a spot at the Grey Barn in Upland for this coming Saturday night. The fun starts at 6:30 pm I believe. Former colleague G.F., who emcees the event, told me that the program was pretty full already, and that I should probably count on just one song, with another one in reserve. Well, we know what that means: Time to bring out old Lightfoot's "Canadian Railroad Trilogy."

"Blessed are the poor," to use a more traditional translation. This statement can be a real enigma. What's so great about being poor? Of course, we know that the passage goes on, "because the kingdom of God is yours." I have to admit that the second part does not help me a lot. It would be contrary to all other biblical teachings on salvation if it meant that everyone who is poor is automatically a citizen of God's kingdom.

Now, it is, of course possible to take this statement from Jesus' "Sermon on the Plain" and interpret it entirely in the light of its parallel from the "Sermon on the Mount" in Matthew 5:3: "Blessed are the poor in spirit." Still, to be really honest I really don't have a clear definition of what it means to be "poor in spirit," but that's actually beside the point. If that's what Jesus had meant to say on this particular occasion he could have, or if that's what Luke had wanted to write in this section, there's no reason I can think of why he didn't. As I have pointed out already in previous posts, Luke tends to emphasize Jesus' concern for the poor and the needy.

Please, as we continue, allow me to get two important considerations out of the way.

The Old Testament Law made thorough provisions for the poor. In fact, it virtually ruled out that any Israelites should ever be totally poverty-stricken. The Law mandated that, when it came to legal and judicious matters, a person's material status should not be a consideration. In an interesting juxtaposition in Exodus 23 we find verses 3 and 6:

Do not show favoritism to a poor person in his lawsuit.

You must not deny justice to a poor person among you in his lawsuit.

So, you don't make an unfair ruling in favor of the poor person because, after all, the rich person can afford to lose a little bit of his wealth, but neither do you keep a poor person from getting justice because he or she doesn't qualify financially.

(For example, a person may not be able to pay an expected bribe. In many countries today, bribery is a cancer that eats away at the very basis of a functioning social structure. We tend to make light of this practice in this country because we don't live with it as a part of our culture, but in those places where it has become an a way of life, it utterly distorts what is right in terms of legal justice, access to public services, being able to improve your job opportunities, etc.) 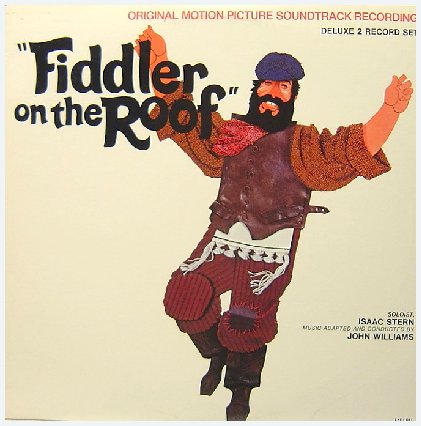 But Jesus is praising the poor! Given the above, shouldn't he just have left things in neutral? "Blessed are all of you who are doing good, regardless of whether you're poor or rich!" Most of us think that your financial status should not make a difference to your status with God. I will anticipate my conclusion, lest you get the wrong idea prematurely, and tell you that this is true. I cannot help but think of Tevye in Fiddler on the Roof  discussing economics with God in one of his one-sided conversations with the Lord. Tevye and God are on good terms, and--following certain Jewish traditions--Tevye is not reticent to us his wit in providing God with some constructive criticism. He says,

It may sound like I'm complaining, but I'm not. After all, with Your help, I'm starving to death. Oh, dear Lord. You made many many poor people. I realize, of course, it's no shame to be poor... but it's no great honor either. So what would be so terrible... if I had a small fortune?

But didn't Jesus just say that it was, in fact, an honor to be poor? I've been mulling this matter over in my mind ever since my last post, and it wasn't until Monday when FSANF Kait Dugan, who is currently enriching Princeton Seminary, posted the lyrics from a song by Jason Upton on FB, that I got a handle on how I could express what I was hoping to say.

There's a power in poverty that breaks principalities
And brings the authority's down to their knees.
There's a brewing frustration and ageless temptation
To fight for control by some manipulation.

But the God of the kingdoms and the God of the Nations,
The God of creation sends his revelation
Thru the homeless and penniless Jesus the son.
The poor will inherit the Kingdom to come.

Where will we turn when our world falls apart
And all of the treasures we've stored in our barns
Can't buy the Kingdom of God?
Who will we praise when we've praised all our lives
men who build Kingdoms and men who build fame
but heaven does not know their names?
What will we fear when all that remains
Is God on the throne, with a child in his arms,

and love in his eyes

And the sound of his heart cries?

Let me try to put that wonderful poetry into my own words. Human poverty is a limiting case for God's demonstration of his might and grace. So, what do I mean by limiting case? Here's an example from mathematics: Say someone is trying to prove that all integers have a certain property. For example, we come up with the hypothesis that all numbers have the property that, if multiplied by 1, they remain identical. The way to prove such a thing is to undertake a mathematical induction, and the way to get started is by making sure that it applies to the lowest, "limiting," case. Thus we see whether "1 X 1 = 1," and, sure enough it does. So, now we know that there's some sense to our hypothesis, and we can go on to the next steps to see whether it also obtains for 34 or 2,648. I shall skip that information (at least for now). The point is that, when we are looking at the most basic case, without any unnecessary complications, we can see the property most clearly.

Now, think of the "poor" as a limiting case. Their absence of material possessions implies that they have no power in the world. And I think that this is why Jesus is showcasing the poor here.

Forgive me for injecting a personal reminiscence at this point. A few years ago when June and I were reeling financially due to my having to go on disability, someone at the gas company told me that the township trustee would be able to help us with paying our bill. I will never forget the feeling when I was sitting in his office, and there was this man bellowing at me, stripping me of any dignity I thought I might have had. I needed to fill out such and such a form. I needed to bring this and that documentation. And why wasn't I on food stamps yet? -- I did not cry, but I could not bring myself to go back to that office for a second installment of that dehumanizing experience either.

And yet it is precisely when we are out of options, when we have nothing to offer to anyone, least of all God, when we have no social trappings to cover up our vulnerability that we can really see God's grace at work. In that sense, the poor become the poster children for the truth that, when nothing else remains, there is the kingdom of God, and they are slated to become its supervisory staff.

"Blessed are the poor." That does not mean that the poor should be happy about their poverty, as Gandhi counseled the Untouchables, whom he called harijan, ("children of God") to enjoy their state. It does mean that when we are in our state of nakedness, as it were, with no material wealth, no prestige, no defenses, and no resources, we may be most open to the work of the Holy Spirit. So, the statement is about physical poverty, but it goes further: it leads us to the truth that ultimately we are all in a state of poverty with regard to God, and if we recognize that fact, we are one step closer to his kingdom.