The Integration of Faith and Learning

The Integration of Faith and Learning.  Please forgive me for starting this entry with such a potentially overused, if not downright hackneyed, slogan among Christian colleges in the United States.  Almost every college with some Christian connections, no matter how faint they may be, seems to claim it.  Whether it is actually implemented in a meaningful way depends among other things on what the school understands by "faith," how much the various disciplines are willing to put biblical truth ahead of acceptance by the academy, and how much support faculty members receive from their administrations in attempting to do so.  (A sure-fire way to keep any reasonable efforts of integration to happen is for an allegedly Christian school to hire non-Christian faculty or to soft-pedal its Christian affiliation for the sake of attaining respectability from those who will never grant it.) * 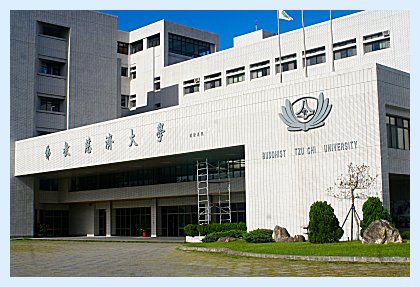 In this case, however, we're talking about the the integration of Buddhist faith and learning, and a university that appears committed to do so thoroughly, Tzu Chi University of Taipei, Taiwan.  After spending too little time in colorful Hualien, we took a fast train back north to Taipei, this time to stay there until it would be time to leave Taiwan.  Early Wednesday morning we visited the Tzu Chi center, which includes a university, an administrative center with temple/sanctuay, and a hospital.  We skipped the hospital and started out with the university because our tour of the center was going to be coordinated with a visit by some senators from the country of Nigeria.  The gentleman who coordinated the visit for us had to do some serious multitasking trying to keep on schedule, so he turned us over to the public relations official of the university. 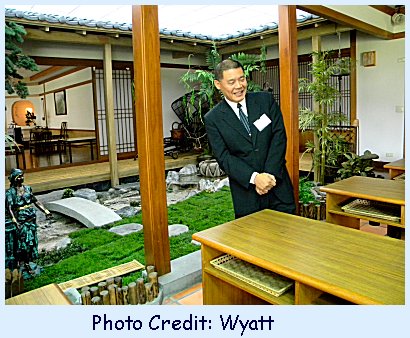 The representative of TCU could not have fit better into his role if he had been selected by Hollywood casting agency.  He combined just the right amounts of enthusiasm for the school, devotion to its Buddhist commitment, sincerity towards us as visitors (who, for all that he knew, might at any moment open our checkbooks for a sizable donation), and the dignified bearing of a professional and experienced undertaker.  Even though the last attribute may sound just a bit overstereotyped, it turned out that it was, indeed, highly appropriate for his function.

You see, Tzuchi University has had a medical school for several decades.  But they've had a definite gap in their curriculum: until the late 1990's they have had to teach medicine without a course in gross anatomy, traditionally the course in which medical students first dissect a cadaver.  But they didn't have any cadavers.  That's kind of like trying to teach automobile mechanics without any engines or transmissions to take apart.  But what can you do in a culture where the experimentation on preserved corpses is practically unthinkable?  So, a part of this gentleman's job is to recruit people and their families to donate their bodies for medical research.  So, after we saw . . . 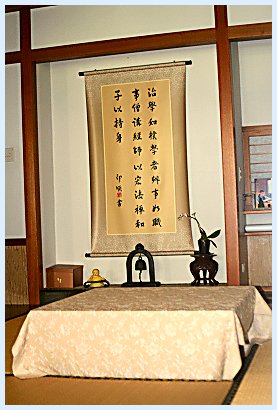 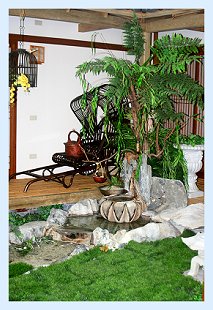 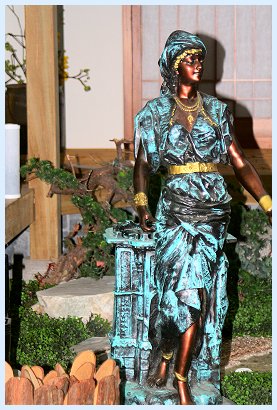 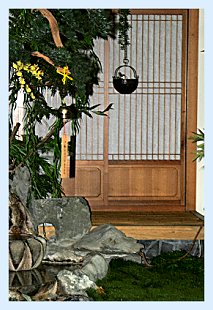 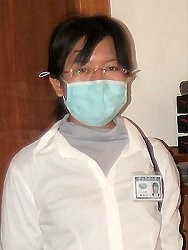 showed us a lengthy video to that end.  I must say, it got a little weary. June and I have signed off on our mortal coils being used for anatomical and medical research for years, and the whole frame of reference, whether cultural, religious, or pragmatic, didn't fit the world view that the four of us Western(ized) Christian travelers brought along.

I see that I must hang it up for tonight since it's getting later than I'm wanting to permit myself, so I shall continue narrating our experience at Tzu Chi next time.

*Of course, there are many other ways, which are virtually as surefire, but this is not the entry for this topic.